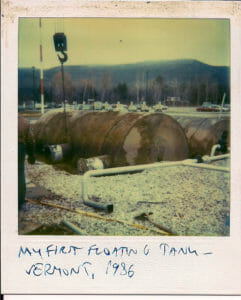 Not everyone can say they started their career by climbing into an excavation pit containing a leaking underground storage tank but I guess I wasn’t destined to follow convention. The year was 1986, and, armed with a hard hat, a Buck knife, a Chevy Chevette and a gas explosion meter, I found myself overseeing UST removals in Vermont, one of the first states with UST rules. From 1989 to 1995 I oversaw cleanup of leaking USTs for the State of Alaska but found my real passion in 1996: preventing leaking USTs by coming up with creative ways to inspire the common UST operator. Creativity and bureaucracy don’t always see eye to eye so I left my government job to try my luck starting my own consulting business in 2002.

I helped start UST Training as a way to share my passion about getting UST operators motivated about the perils and successes of UST systems. When people outside the industry ask what I do for a living, I say I’m a motivational speaker for gas station owners. This usually gets a good laugh but there is truth in the statement. 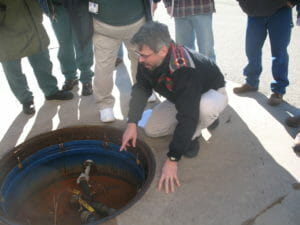 Because what inspires me is watching the light bulb flash above the operator’s head: “Ah, now I see what that thingy in the turbine sump does.” Weird as it may sound, that’s what gets me going in the morning.

And while operator training may be new in your vocabulary, it’s not in mine. In fact, June 25 marks the 11th anniversary of the nation’s first state-approved Class A/B UST operator training course. Done by yours truly. So since 2003 I’ve been doing this for my livelihood and my vocation. My mission in life seems to be to link people to technology that results in clean drinking water for all. And while the national training deadline of 2012 has come and gone, rest assured: I was doing operator training well before it was required nationwide. And I plan to be in the game long after other vendors have moved on to other markets.

Being in the industry for so long (yikes, coming up on a quarter century!) has given me many opportunities to meet strategic movers and shakers in the industry. And I’m proud to have long-term friendships with the major players in industry such as Bob Renkes and Bob Young of Petroleum Equipment Institute; Prentiss Searles and Steve Crimaudo of American Petroleum Institute; Mark Barolo, Paul Miller, Tim Smith, Bill Lienesch and Caroline Hoskinson of EPA’s Office of Underground Storage Tanks; Ellen Frye of LUSTLine fame; Wayne Geyer and Lorri Grainawi of the Steel Tank Institute; and many more essential, bright and engaging folks. So when you get me and get my training you also get by default the strength of my partnerships with EPA, State, territorial and tribal UST agencies, trade associations, numerous peers and private consultants and all the other good folks who call the UST industry their home.