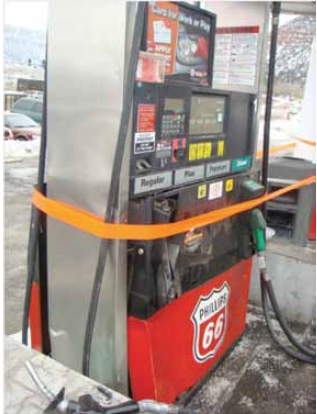 As a trainer you want to think all your hard work pays off and that the folks you train are actually putting into practice what they’ve learned. And sometimes you get a small reward as a reminder that what you are doing matters. This story is about such a reminder.

When we used to do more classes live and in person, I would sometimes get an operator who had to take an emergency call on his or her cell phone and step out of the room to respond to an alarm or spill. And because the operator was in a classroom and off-site—usually in some city halfway across the state— response was limited to delegating action to an on-site coworker.

With Web training, people can be attending from anywhere. When we do Class A/B webinars, people often take the class in an office and sometimes even in the back room of
a C-store.

In December 2009, I received an email at lunch break during an online Class A/B Operator class I was conducting:
“Sorry I had to scramble out of class today. A customer parked his van while he was having lunch in my deli, his “dogs” jumped on the steering wheel/dash board and put it into gear! [The engine was on.] Rolled into the pump, smashed it. Fuel started flowing. THANK GOODNESS for my responsible certified “C” Operators!!!! They did everything right. One person shut off the emerg. switch and breakers while the other one contained the flow of the spill with the socks, pads, etc. and the 3rd one called me! WHEW! Fire dept. wasn’t necessary. I will be in class tomorrow while all the “certified” workers are trying to get my business running again.”

When I emailed back for details, the operator told me they had certified their Class C operators two months ago, and all the store employees had attended a safety meeting a couple of weeks prior. When I asked what happened at the dispenser she replied:

“The shear valve did not shear. The impact of the van crashing into the dispenser broke the connection between the filter housing and the delivery piping, even breaking off the bolts! The electrical conduit got displaced and opened also. I did take several pictures. I will try and download and send them to you by class tomorrow.”

The second day of class, the operator very generously allowed me to share the photos. The cool thing about thewebinar as a learning platform is that we were able to look at the pictures, discuss what happened, sleuth out the causes, and have an interactive study case—all in nearly real time. The students really appreciated using the incident as a learning exercise to make the training material more relevant and meaningful.