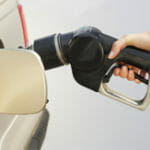 UST Training is notifying our readers that it looks like Stage II Vapor Recovery, collecting vapors at certain gasoline dispensers, is going away, at least at a Federal level. Whether states like California or areas like Puget Sound in Washington will follow, remains to be seen.

In 1998, automobile manufacturers began installing onboard refueling vapor recovery (ORVR) technologies, as required by the Clean Air Act. That Act stipulates that once these systems are in “widespread use,” the requirement to implement Stage 2 at retail would be eliminated.

The EPA’s decision is a reflection of the 70% of vehicles today that are equipped to capture those emissions. Stations may begin phasing out the vapor recovery systems immediately. The rule is expected to save the approximately 31,000 affected gas stations more than $3,000 each year when fully implemented.

The ruling addresses a number of the concerns previously expressed by NACS and other retailer representatives, among them: