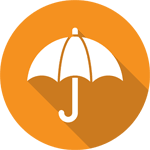 See you in Atlanta at the NACS/PEI Show?

See you in Atlanta at the NACS/PEI Show?

If you plan on attending this year’s PEI Convention at the NACS show in Atlanta, stop by Booth # 5333 and say hi!

END_OF_DOCUMENT_TOKEN_TO_BE_REPLACED

Ben Thomas, founder of UST Training, provided his perspective on the importance of UST operator training in the 3rd quarter publication of the PEI Journal. The article, Does UST Training Really Work, is a thought-provoking study that Ben presented at the 2018 National Tanks Conference in Louisville, Kentucky. Check it out!

UST Training has been providing online Class A/B and C UST operator training for the last decade and has been offering live Class A/B training since 2003. And we could not have done it without the help of our partners through various trade associations. UST Training is a proud member of the following organizations. Want a strategic partnership for reselling our courses and getting member discounts? Contact us at info@USTtraining.com

UST Training has been going to the annual PEI trade show since 2003 and has been an active member since not long thereafter. PEI helps support us mightily by providing industry standards that we share with our customers. Plus Ben Thomas is a committee member on PEI RP 900.

END_OF_DOCUMENT_TOKEN_TO_BE_REPLACED 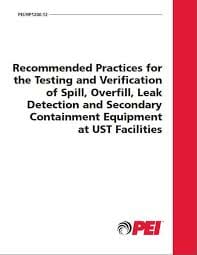 For Class A/B UST operators, it’s important to know that this standard was created to help UST owners have industry standards for testing the proper operation of leak detection and overfill devices, as well as the tightness of sumps and spill buckets. Nationwide these tests are either in effect now or will be shortly. END_OF_DOCUMENT_TOKEN_TO_BE_REPLACED

If you are a UST operator at a facility that dispenses greater than E10 ethanol gasoline or greater than B20 biodiesel, you are required by State and Federal law to provide proof that all UST parts are verified to be compatible with such fuels. And as any seasoned operator who took our Class A/B training knows, there are lots and lots of parts that make up a whole UST system. Compatibility verification can include: END_OF_DOCUMENT_TOKEN_TO_BE_REPLACED 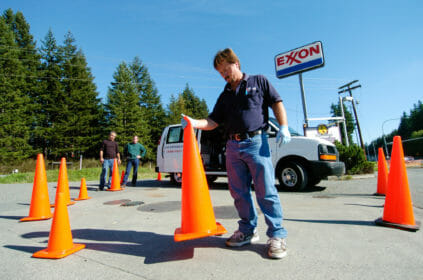 According to the Colorado Division of Oil and Public Safety, people who do maintenance or repair on UST systems must soon be state-certified and will be called Qualified Service Technicians.

Effective January 1, 2020, the majority of work performed on UST systems in Colorado must be conducted by a state-certified Qualified Service Technician. Tasks include, but are not limited to, the following:

END_OF_DOCUMENT_TOKEN_TO_BE_REPLACED

The UST Training team is saddened to share with the UST world that Steve Purpora, co-founder of UST Training, passed away unexpectedly on February 2, 2019. As noted in the PEI:

Since 2002, Purpora had been the president of Protanic Inc. and Purpora Engineering, the companies founded by his father, William. He was an active PEI member, including service on the Overfill, Release Detection and Release Prevention Equipment Testing Committee and the Vapor Recovery Installation Committee.

Steve was well known in the industry and served on numerous PEI Recommended Practices committees. His efforts in the field of underground storage tanks prevented immeasurable damage to the environment.

We owe a great deal to Steve’s enthusiasm and drive, that helped create the vision that is UST Training today.

Steve is survived by his wife of almost 30 years, Michelle, and their three daughters: Ashley, Samantha and Sydney.