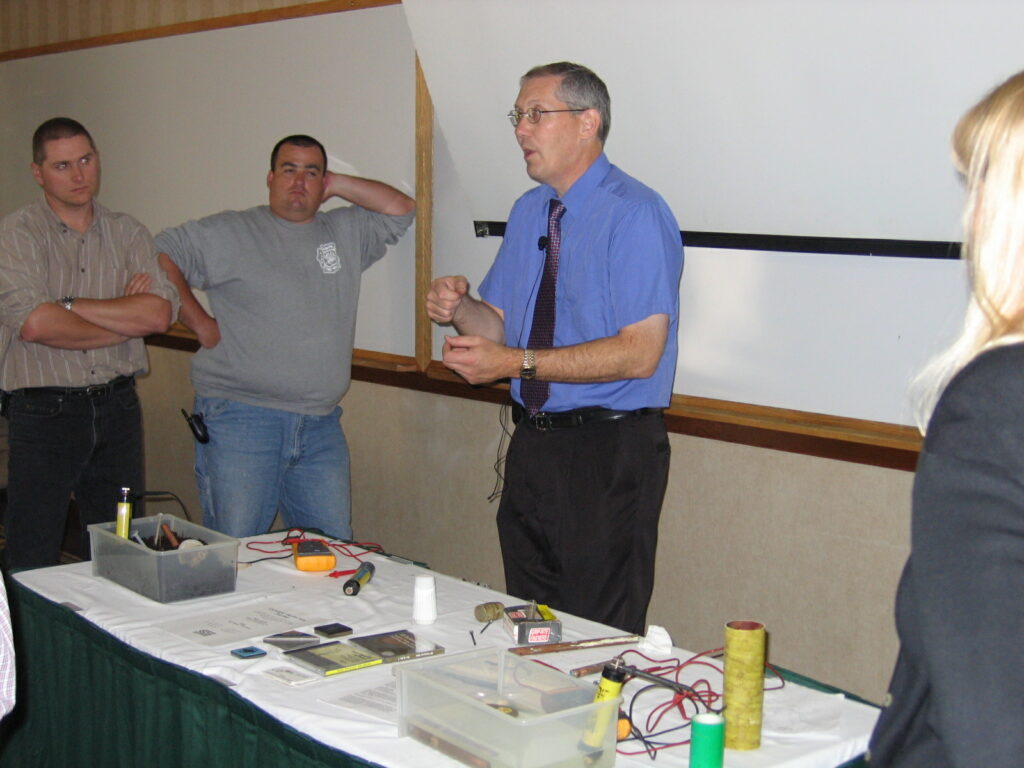 Who knew there was such a thing? Our longtime friend Wayne Geyer made the news this week.
LAKE ZURICH, IL, November 16, 2021 – Wayne Geyer, former STI/SPFA Executive Vice President and long-time industry expert, was inducted into the STI/SPFA Hall of Fame in a special presentation Friday, November 5th during the Annual Meeting in Nashville, Tennessee. Geyer was presented with a plaque and will have his name added to the Hall of Fame wall at the STI/SPFA headquarter office.
Geyer joined the STI/SPFA staff in 1985 and spent more than 35 years with the organization, almost all of those as Executive Vice President. He became an industry expert for speaking engagements, a regular contributor to industry publications, and an advocate for all STI/SPFA members. He participated in several organization and committees for design, codes, and standards. Geyer made every effort to position STI/SPFA as a well-respected association whose members were the highest quality fabricators and suppliers in the industry.
“Wayne Geyer was a tremendous leader who will be missed terribly. While he has built a strong foundation, his connectivity, both nationally and internationally, is perhaps unprecedented in the history of the Steel Tank Institute/Steel Plate Fabricators Association,” commented STI/SPFA Chairman of the Board Sonny Underwood of Mid-South Steel Products, Inc. “Wayne Geyer has always been the “Go-To-Guy” for all things in tanks and steel and we all owe a big debt of gratitude to his leadership, professionalism and passion for our industry.”
In addition to his life’s dedication to STI/SPFA and the steel fabrication industry, he has a passion for his family, golf, and the Chicago Cubs.